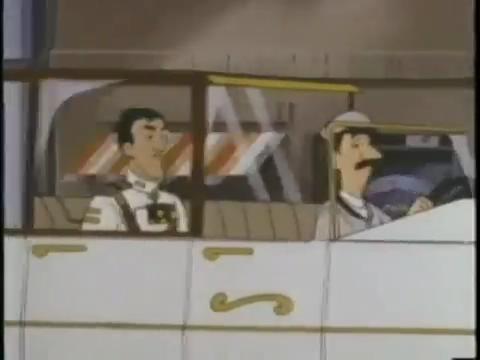 The segment opens with some stuffy dudes in a limo. 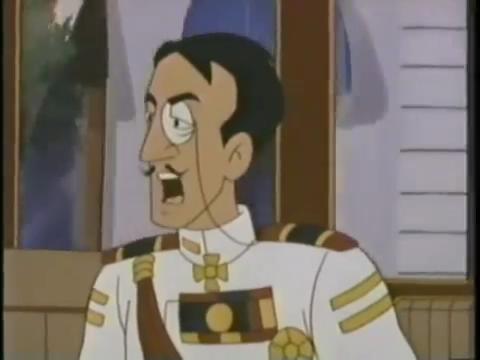 A prince asks for the name of the town, and this stuffy dude (who sounds kind of like a woman) says it’s Riverdale. The prince will be speaking here this afternoon. 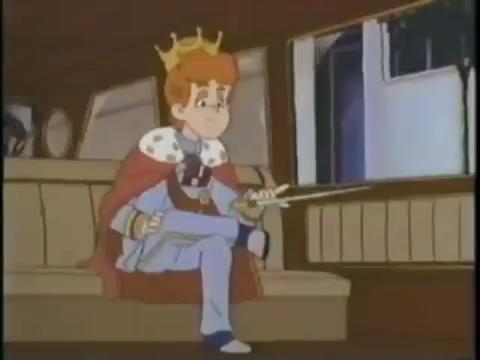 Whoa, the prince looks just like Archie. I can already tell where this story is heading.

The prince would like to live in a quiet little place like this, but Stuffy Dude says the kingdom of Rutitalia (I think that’s what he says) has many of those – and much more “cultured” than this “dump”.

Betty and Veronica run by, doing a cheer on the sidewalk (why?), and the prince instantly gets a boner.

We learn the prince’s name is Efelbert (I think). Learning what he’s learned of Riverdale’s hot girls, he wishes he never had this vacation. Stuffy Dude says it’s the custom; when they return to their kingdom, the prince must “become king” and marry Princess Bertha. Um, princes usually ascend to the throne after their fathers (the kings) die. What the hell kind of monarchy does this kingdom have?

The prince demands the car be stopped.

He gets out of the car and asks the stuffy dude, Colonel Brutz (I think), if he’s still on vacation. He says the prince has to give a speech this afternoon. The prince declares he’s on vacation until then and leaves. The colonel laments the fact that his kingdom doesn’t have a president.

The prince has stopped by to watch and applauds Archie. 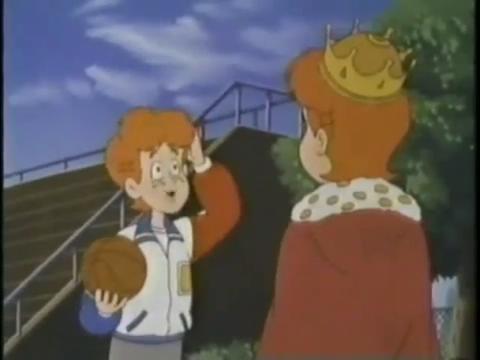 Archie asks the prince if he’s seen him somewhere before. The prince tells the “ol’ boy” that he seems “a bit familiar”. What a couple of dumbasses.

Archie introduces himself. The prince introduces himself as (and I know I’m probably wrong) Efelbert von Bineschmeck. He allows Archie to call him Bertie. Archie recognizes him as being with “that foreign group” that’s playing at the civic auditorium. He praises the prince’s costume. The prince corrects him and says he’s about to become king. Now, Archie realizes who he is. The prince not-so-subtlely says he’d trade places with Archie in a minute. Archie is in disbelief, because there’s a “giant” math test tomorrow.

Archie gets out a coloring utensil and draws freckles on the prince. So I guess he’s acknowledging they look almost identical. Still no direct mention of it, though. 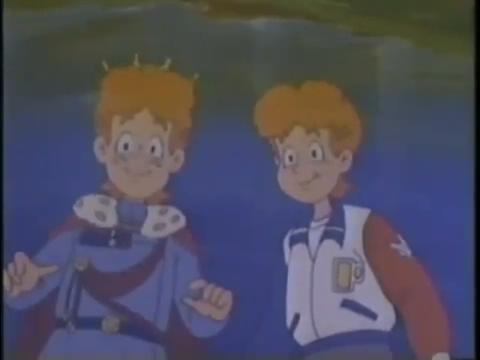 They check themselves out.

They agree to switch places “in the name of international friendship”. They go to the locker room to change clothes. 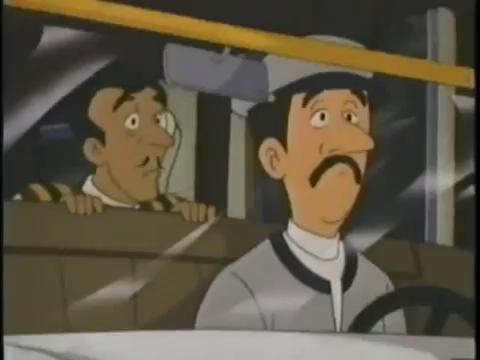 Archie shows up at the limo in disguise, jumping and whistling. He also struggles to remember the colonel’s name. He’s not off to a good start in fooling anyone. The colonel thinks America has had a bad effect on the prince. Archie waves it off and goes off with them to do “important things”.

After the commercial break, the “prince” is trying to pressure Mr. Weatherbee into declaring an “amnesty from school”. Mr. Weatherbee doubts the legality of it. Students start chanting the prince’s name outside. The colonel mentions they’ve been to three amusement parks and one roller rink. All in one day?!

Archie has Bernie (I think), the limo driver, wheel over a shit-ton of hamburgers. 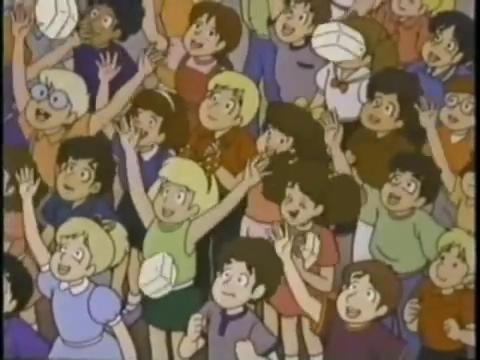 Archie fulfills a life-long dream of throwing free hamburgers to a crowd of cheering students, none of which make any attempt to catch them.

Mr. Weatherbee believes he’s seen the “prince” here before. It’s Archie, you dumbass! He doesn’t even have the prince’s faux British accent! 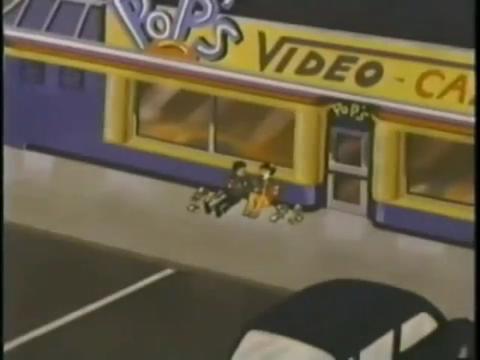 After school, Reggie and Jughead are enjoying their free burgers outside Pop’s (I wonder what Pop thinks of that). They have positive opinions of the prince. Reggie does have one “problem” with him, though: he looks a lot like Archie. Omigoddess, these fucking morons. 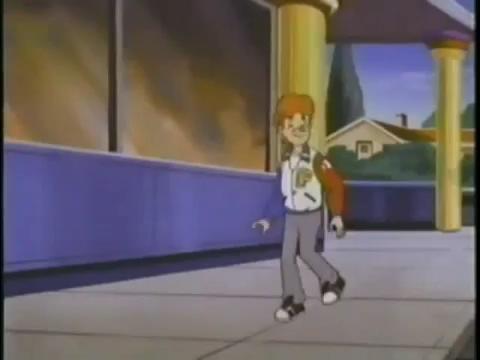 Anyway, Jughead notices “Archie” and how he keeps looking around – as if seeing this place for the first time. Hmmm, how’d he make it through the school day?

The prince, not even attempting to hide his accent, greets “Jarface” and “Veggie”.

Reggie’s about to fuck the prince up for that.

The prince demonstrates (and name-drops) his kingdom’s “ancient fighting hold”: the “crabnip” (I think). His damn accent makes him too hard to understand. Anyway, this goes on for a while.

Despite all of this, the dumbasses don’t catch on that this is the prince. Jughead invites “Archie” for cold water (?) in an attempt to diffuse the situation. But then…

…the prince gets a boner for the local hotties. 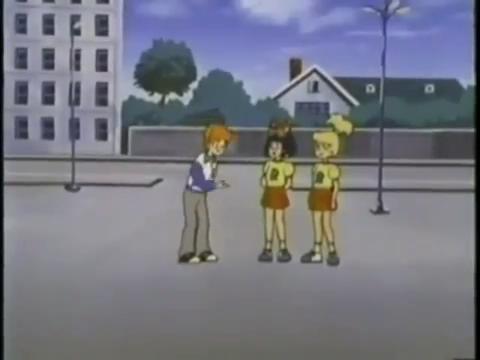 The prince bows and ditches the dumbasses for the babes. Reggie declares war.

During this time, Archie and the colonel have given away 372 pizzas.

Archie wants to do ice cream next, but the colonel reminds him of his duty (while also getting a bit too cozy with him) and shows him a photo of Princess Bertha to bring him to his senses:

Archie is somehow aware that he’s supposed to marry her next week, even though no one’s mentioned it to him from what we can tell (although it’s possible that the prince had mentioned it while they were changing clothes). The colonel mentions it’s been arranged since he was born. Archie protests he’s too young to get married. The colonel says the king is a special exception. He also mentions rumors that Princess Bertha’s bad breath and dandruff are “a little better”. Archie’s having second thoughts about the identity swap.

Later, the prince is walking, and Fred demands to know where the fuck he’s going. 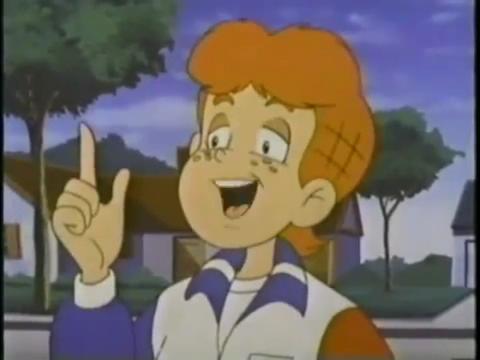 “This is a free country, fatass.” 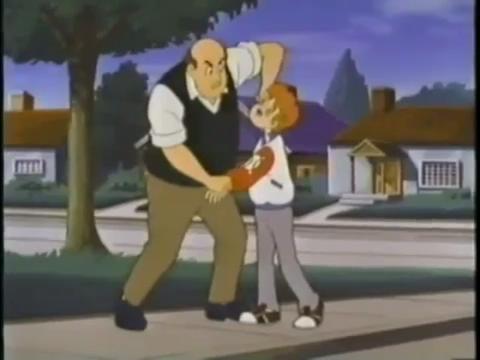 Apparently, “Archie” tried to get out of mowing the lawn, and now he’s grounded. The prince takes issue with the “impudent peasant”. Fred can’t tell the difference between this imposter and his own son.

Later, the “prince” arrives at Lodge Manor and calls out to “Ronnie”. Because everyone in this story is a fucking idiot, Veronica fails to recognize him. 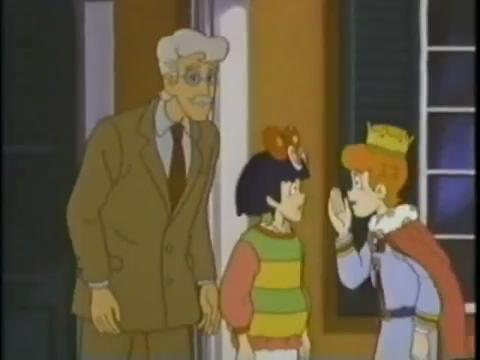 Archie not-whispers to her to cut it out. 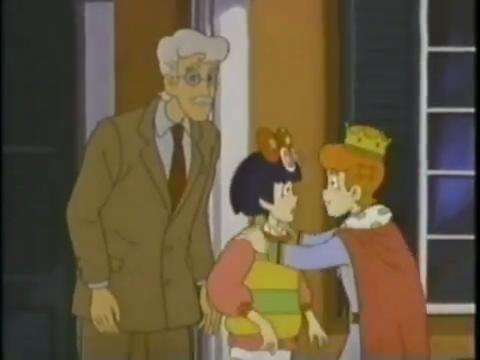 He then gets touchy-feely with her and says he needs help. Mr. Lodge somewhat nervously laughs this off.

Mr. Lodge arranged for a duplicate of the royal carriage to carry the prince.

The prince arrives, escaping from the “mad man”. How’d he know Archie would be here? The colonel only just explained Mr. Lodge’s involvement in the speech. Anyway, Mr. Lodge “recognizes” the newcomer as “Mr. Andrews”. 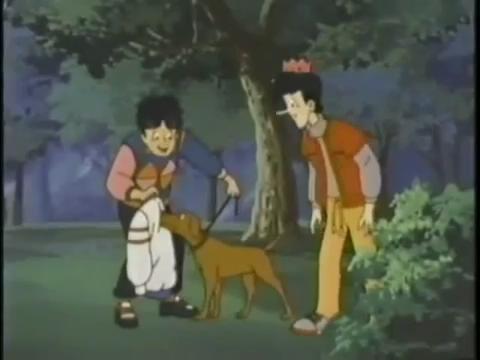 Reggie has borrowed the best tracker in his dad’s kennel (his dad owns a kennel?) to chase Archie into the next county. Jughead feels kinda bad about it. He asks Reggie if it’ll bring Archie to his senses. Reggie tells him to relax. 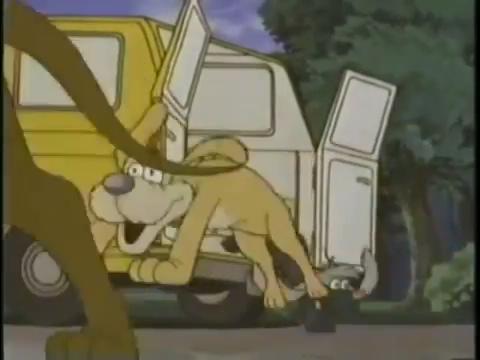 Reggie has someone named Jameson release a bunch of dogs. They run toward the mansion.

The prince asks Archie if this is part of the holiday’s ceremonies. Archie, for whatever reason, says it is. Everyone* gets in the carriage, and they tear off.

*Y’know, Arch, you could have waited until after you’d gotten in the carriage to yell at the driver. Just sayin’. 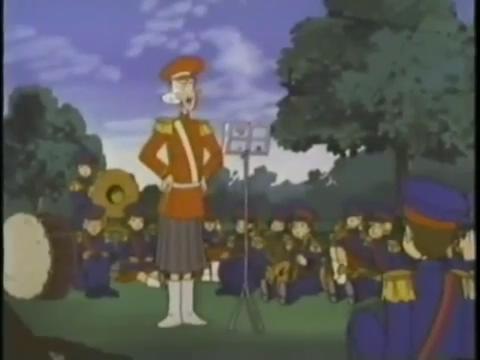 Ms. Grundy, who shows up with less than two minutes left in the story, wonders where the fuck the prince is.

The kids run away (Ms. Grundy is oblivious to this) just before…

Archie and the prince talk about how each other’s lives suck. We learn Archie loves his mom’s chili dogs.

Also, the prince has a boner for Princess Bertha. 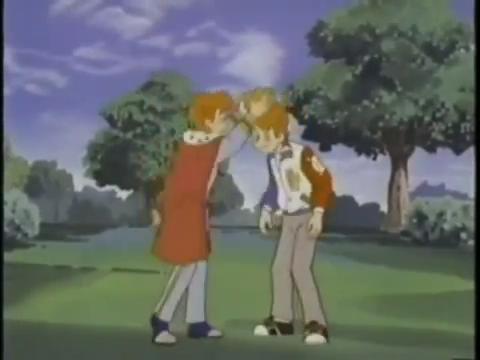 He then suddenly has super-human speed and quickly changes clothes with the prince.

The prince is amazed at this feat.

The prince then gives his speech, which is about understanding between their two nations.

Jughead calls the prince a “smart dude” while, from all appearances, not listening to his speech at all.

Reggie remarks how much that the prince looks like Archie.

Jughead has a “great idea” to make Archie king for a day. 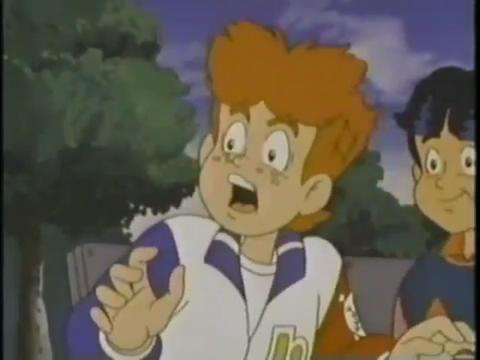 Archie loses his shit and runs the fuck away. 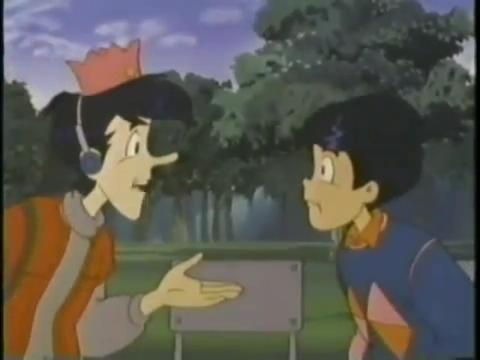 So…Archie never told them what happened? Is he still grounded for the prince skipping out on chores? Does Reggie suffer any consequences for causing a vehicular accident? Who the fuck knows?

And then the last eight seconds of the segment consist of Ms. Grundy conducting the band and the audience awkwardly clapping along, because I guess the script ran a bit short.

This segment was pretty awful. Everyone was a fucking idiot. Archie and the prince don’t even attempt accents or acting like each other. Just fuck it.

Tune in next Wednesday!

2 thoughts on “The New Archies, Segment 18 – The Prince of Riverdale”